How do you view three dimensions?

How do you view snow?

How does an American view a staircase? Is it different from how an Arabic person views it?

This depiction of a staircase would likely be viewed by an American as stairs ascending.

For an Arabic person, they’re descending.

Because of our language and the way we read it.

This is a difference in our visual framework. For the past few weeks, we’ve talked about how this framework is culturally informed.

So, now let’s ask the question whose answer will make you a more insightful and successful cross-cultural manager: how can the differences in these frameworks be an issue in a cross-cultural context?

Taking the example of the Arab versus the American further, consider a chart that shows the different levels of departments in a company, based on their importance. 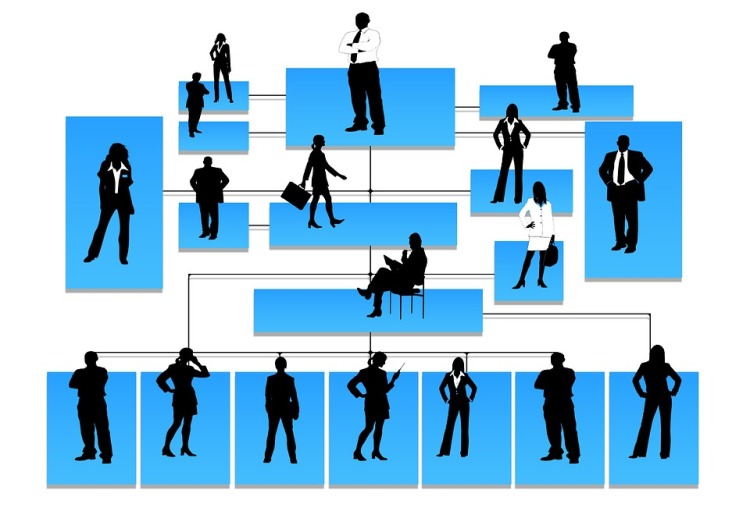 As is usual in Europe and the US, the most important position is organized at the top center (or sometimes the top left) of the chart.

This is where our cultures have trained us to view it.

Each descending department is of lesser and lesser status.

A chart in Arabic would be organized the opposite way.

Here’s another pretty famous example of misunderstandings that can arise from differing cultural frameworks.

Marketing was launched in Japan by a Western pharmaceutical company.

The product? Medicine for upset stomachs.

The first illustration showed the patient feeling sick. The second showed him taking the medicine. And, in the last pic, the sun had come out and the man was smiling and healthy.

That’s how a Westerner would read the advert anyway, left to right.

But like Arabic cultures, Japan reads their Mangas (i.e. comic books) from back to front.

So, when they viewed this comic strip within their visual framework, they saw a healthy man taking medicine and becoming sick.

Not at all the message this company wanted to send out to potential customers.

When you live, work, or advertise in a foreign culture, you have to wear their visual framework like virtual reality goggles.

Seeing the world through their eyes is the only way you can relate to your clients and to those you manage.

And, the bottom line is, the ability to relate to others is what makes a manager – or anyone working in a multicultural environment – successful.

Do you see the world around you the way a Spanish person sees it? A Russian? A Korean?

Do you see it the way a Koyukon sees it?

Last week, we talked about optical illusions and how different cultures view three-dimensional objects on paper.

This week, we’ll continue our discussion about how our visual world fits into the framework presented by our culture.

Our visual framework is defined by two equal parts:

And our interpretation of reality is largely defined by our culture…which means that visual frameworks vary as greatly as cultures do.

As we saw with the 10 Cultural Universals, everything from transportation to our homes, the geographical landscape of our region to our art, illustrates just how starkly our cultures differ.

These differences also show how each culture interprets the world around them, and how their worldview is fashioned by their experiences, values, and norms.

Our visual framework and what we place importance on, culturally, is often exhibited through language.

One example comes in the simplest form: snow.

How do Westerners view snow?

Many view it in one form: just, you know, that white powdery stuff…snow.

Westerners who are avid skiers might describe different variations of snow.

But beyond a handful of adjectives, Westerners view snow pretty narrowly.

The Koyukon, on the other hand…

This indigenous group from northern Alaska lives along the Yukon and Koyukuk rivers.

Being that they literally live in snow for a good part of the year, their visual framework of the crystals is much more complex. We’re talking sixteen variations-complex.

Here are the Koyukon language‘s sixteen terms for snow, for which each has a distinct separate word (similarly to the Russians regarding dark and light blue):

Now, just imagine it: you’re Koyukon. You look around your winter wonderland, and you see all these distinct variations of frozen water.

Put yourself in their moccasins and view the snowcapped world with this visual framework.

Wouldn’t the differentiation make snow in all its unique forms so much more important to you than the simple view taken by Westerners?

Seeing the world in another’s visual framework helps in understanding and empathizing with another’s culture.

Next week, we’ll talk about how ignoring this framework can result in some pretty major cross-cultural misinterpretations.